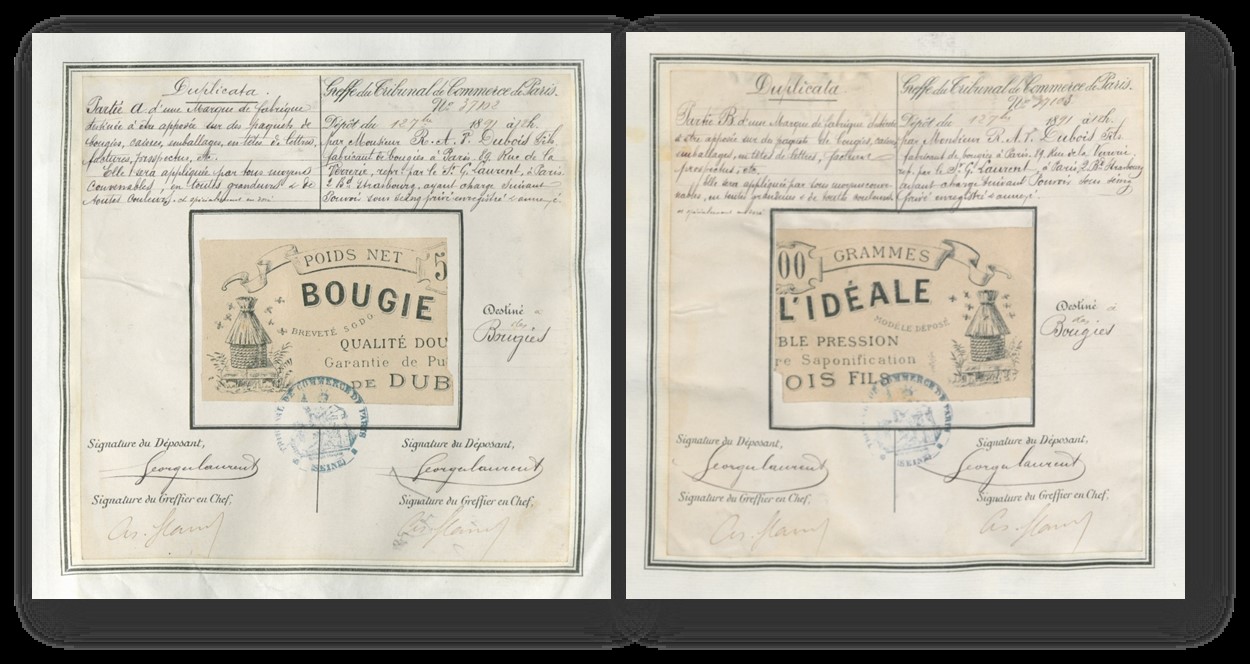 From 1890 onwards the company, which is now called “Dubois Fils successeur”, continued to develop dynamically. New patents were registered in 1891 then in 1993 and various brands under which the candles are sold are registered: Bougie Dubois, bougie de la Ruche, bougie L’Idéale, etc.

The company makes itself known through advertisements and press articles.

To see the improvements achieved by stearinery, one would hardly suspect that the industry dates only from two thirds of a century. We know that it is following the scientific work of the scholars Chevreul and Gay-Lussac that industrialists MM. de Milly and Motard created a candle factory in 1835. After a very difficult start, like all industries of great future, the stéarinerie has taken on a development which one might hardly have expected. Countless major factories are currently making the candle, and it is a daily struggle for improvement. In this loyal fight it is the beehive candle, Stéarinerie Dubois fils, which unquestionably retains supremacy over the others. There are not some whose products are so flawless. Candles from this brand cost roughly the same price as other candles, but made from selected raw materials using sophisticated tools, they provide longer life. At equivalent expenditure there is therefore a double advantage in using it.

Dubois also takes a stake in one of its candle mold suppliers, Aciéries de Bonpertuis in Isère.

During the war 14-18, the company knew an important activity, because the hairy people need candles to light up in the trenches.

The Dubois company donates candles to the soldiers.

At the same time the two sons of René Adolphe, Alexandre and André Dubois were mobilized. They were both injured but survived the Great War and when they returned from the front, they prepared to take over from their father.

In 1925, the Dubois house was transformed into a public limited company: the Stéarinerie Dubois Fils, the name it still carries today.

Relive life in Paris in 1890 with this extraordinary restoration of vintage films: 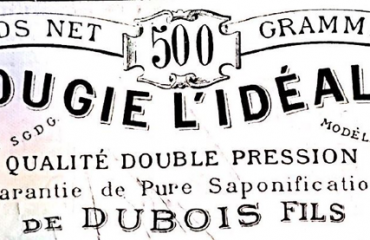 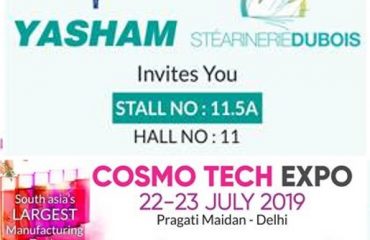 Stéarinerie Dubois will be at Cosmo Tech 2019 in Delhi 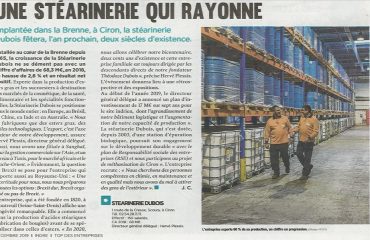