Théodose Dubois associates his two sons with the running of the business: René (born in 1835) and Ernest (born in 1843).

From the 1850s, the Dubois company experienced great dynamism. It combines two activities: it makes stearin then it transforms this stearin into candles. It differs in this from the small candle manufacturers who had to buy stearin from producers of this raw material. The newspapers of the time also recount the permanent conflicts between the manufacturers of candles and the steariners, the first reproaching the latter for reserving stearin for their use (because the steariners transformed their own stearin into candles) while preventing the import of foreign stearin by imposing prohibitive taxes.

The state will end up taking the side of the candle makers by abolishing the taxes on imported stearin.

Anyway, from the 1850s, the Dubois company was already a producer of chemicals!

The company’s workshops are successively located in Montrouge and then in Boulogne-Billancourt, without being able to identify their precise location. Nevertheless the transformation of tallow is a polluting and smelly industry which is gradually driven out of urban areas.

The Maison Dubois participated in the first universal exhibition in 1855, in Paris. 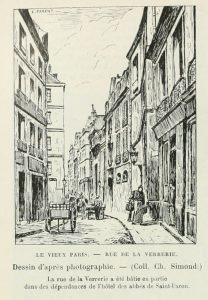 In 1961 the Dubois company moved. The company’s headquarters and sales store leave rue des Lombards and settle nearby at 89, rue de la Verrerie in Paris. At the same time, the factory will settle in Montreuil, near Paris, in an area that is still very little urbanized. The Dubois settled on a part of the domain of the old castle of Tillemont.

The headquarters on rue de la Verrerie in Paris and the factory on rue de Tillemont in Montreuil were the two sites of the company until the 1960s.

The company filed a fifteen-year patent for invention on December 12, 1864 for a candle casting machine. It shows that it occupies an important place among the stearmakers and candle makers of the time.

This period was nevertheless marked by a tragedy: in 1865, Ernest, one of Théodose Dubois’ sons, died at 22, asphyxiated in the plant’s settling pit, with one of the workers who tried to rescue him. Let the press of the day recount this tragic accident.

“In the interior of the premises operated by Mr. Ernest Dubois, 22 years old, born in Paris, manufacturer of candles at a place called Tillemont, in Montreuil there is a sump of 7 m. deep and 2 m. in diameter, which receives, through infiltration, the acid water from the pits used to prepare the materials for manufacture.

From the beginning of the heat, this sump had exhaled an unbearable mephitic odor. M. Dubois, wishing to have itcured, got into touch with workers for this purpose, but as they asked him for a fairly high price, he wanted beforehand to realize for himself the importance of the work. At two o’clock in the afternoon yesterday, while the workers in his factory were busy taking their meals, the manufacturer opened the sump, and after having placed two ladders attached end to end, forming a length of eight meters , he began to descend.

No sooner had he crossed a few steps than he felt suffocated. He exclaimed: To me, my friends! Help ! And immediately he fell and disappeared underwater. A workman named G. Saïd, aged twenty-nine, living in Fontenay-sous-Bois, who worked in a neighboring room, heard the cry of his boss; he rushed into the large courtyard and sounded the alarm. All the workers came running, but it was to see Said fall, who had not waited for their arrival to try to save Mr. Dubois. A day laborer, named Jean Muller, aged twenty-nine, also living in Fontenay, rue Mauconseil, insisted on going down to help, but he also fell; luckily they could grab it with a hook, and  managed to revive it.

The foreman opposed further acts  which could not help making other victims and sent for Doctor Caraval, who lived in the vicinity. This doctor promptly had the sump disinfected. The workers were then able to remove the corpses with the help of Sieurs Vautrin, brigadier, and Pessé, gendarme on foot from the Montreuil brigade. The Vincennes police superintendent, informed of this event, immediately went to the scene and made the findings. He recognized that there was at the bottom of the sump one meter twenty centimeters of vase coming from all kinds of detritus, and by his order measures were taken immediately to rid the factory of this source of infection. “

This accident recalls the dangerousness of this emerging chemical industry.

Following the disappearance of Ernest, the company changed its name in 1866 and became “Dubois Fils Aîné et cie”.

Théodose Dubois died in 1872, leaving the management of the business to his eldest son, René-Alexandre Dubois.

The stearic candle, a major technological innovation of the 19th century

The Mysterious Island is a novel by Jules Verne published in 1875. In this novel he tells how a small group of men lost on an inhospitable island survives thanks to the resources of science and technology of its time, under the leadership of the engineer Cyrus Smith. The manufacturing of stearic candles, a major technological innovation, could not be forgotten:

“There were many seals, and the hunters, armed with their iron spikes, easily killed half a dozen. Neb and Pencroff skinned them, and brought back to Granite-house only their fat and their skin, this skin to be used for the manufacture of solid shoes.

The result of this hunt was this: about three hundred pounds of fat which was to be entirely used in the manufacture of candles.

The operation was extremely simple, and if it did not produce absolutely perfect products, at least they were usable. Cyrus Smith would have had at his disposal only sulfuric acid, that by heating this acid with neutral fatty substances, – in this case seal fat, – he could isolate glycerin; then, from the new combination, he would have easily separated olein, margarine and stearin, using boiling water. But, in order to simplify the operation, he preferred to saponify the fat by means of lime. He thus obtained a calcareous soap, easy to decompose by sulfuric acid, which precipitated the lime in the sulphate state and freed the fatty acids.

Of these three acids, oleic, margaric and stearic, the first, being liquid, was driven off by sufficient pressure. As for the other two, they formed the very substance that would be used to mold the candles.

The operation lasted no more than twenty-four hours. The wicks, after several trials, were made of vegetable fibers, and, soaked in the liquefied substance, they formed real stearic candles, molded by hand, which only needed the bleaching and polishing. They probably did not offer the advantage that wicks, impregnated with boric acid, have to vitrify as they burn, and to be completely consumed; but Cyrus Smith having made a nice pair of handkerchiefs, these candles were greatly appreciated during the evenings of Granite-house ” 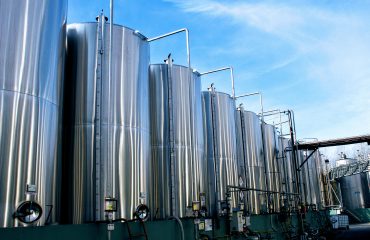 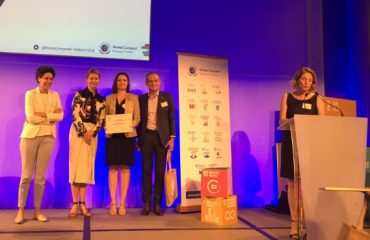 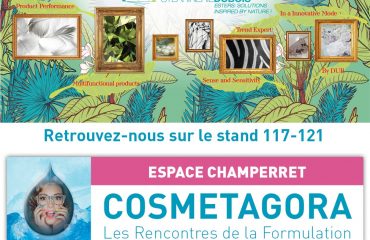